Pianola, Art and others

The technikum29 is quite versatile – beside all the communication and computer technology we also show very special exhibits: This is a fully executable pianola, year of manufacture about 1910-1915.

It's a great experience see and hear such old jukeboxes, typically made only of natural materials like leather, gum, wood, bone glue, felt, metal, paper, ivory and glas.
By assembling these elements on an intelligent way, one could build a simple mechanical machine which is especially impressive for today's people. Here at the technikum29, we will show you how this device works, we will explain the basic functionality and play challenging compositions. While having covers removed, you can even see the fascinating mechanics working.

Functional explanation of the pianola 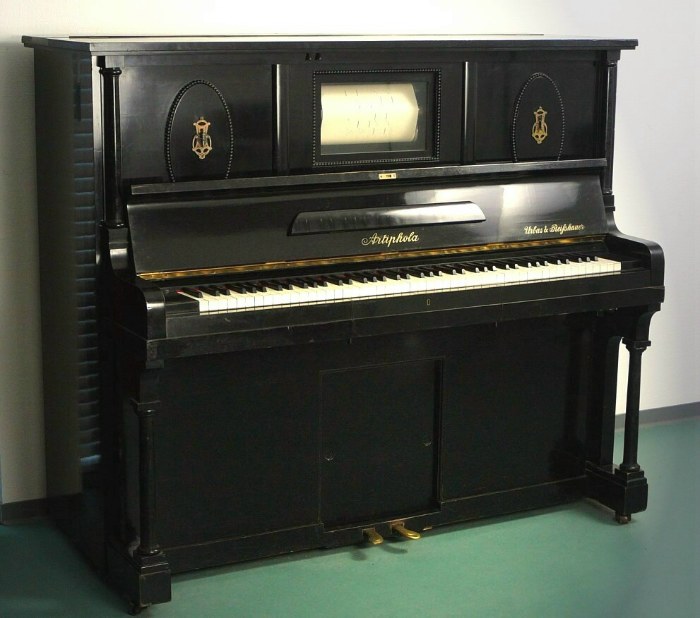 What an unusual sight: Our IBM 26 card punch as a rhythm machine next to a grand piano and other instruments. The sound of the IBM 26, carefully embedded into a concerto, yields to a never-heard-of listening experience.
The premiere of this setup was in May 2013 in Cologne. The pianist exchanged the piano's keyboard with that of the card punch - a new and strange sensation. More details about this performance, including pictures, additional information as well as a video clip, may be found at punchcard-music 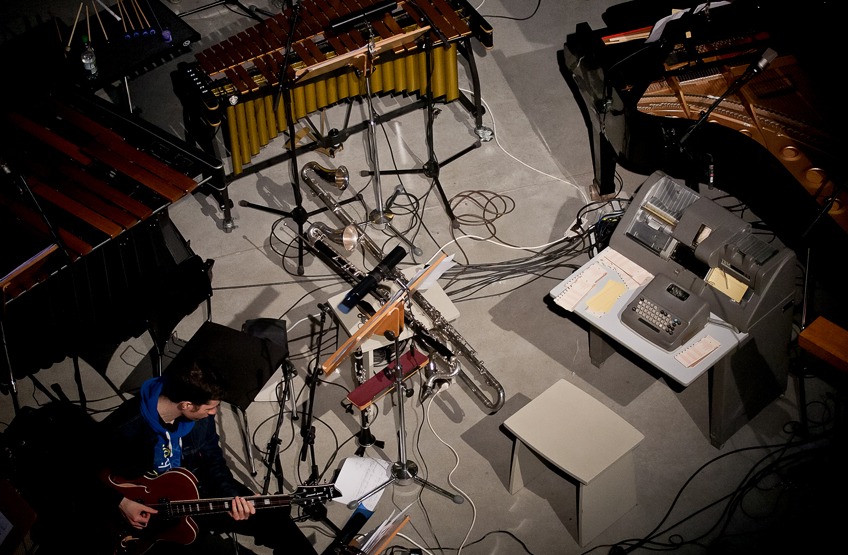 We actively support artists who need original (computing) equipment from days long gone for their creative endeavors. The machines in our collection are extremely well suited for a symbiosis of art and technology which yields new experiences in viewing and listening.

Art in the Museum

The technikum29 motivates activities that get awards and prices. The latest example is that of the young artist Leander A. Schwarzer who transforms everyday things into pieces of art. He has developed pictures made from zippers that can be opened thus giving the viewer the opportunity to modify the picture itself.
His latest visit to the technikum29 has inspired him to make art from and with punch cards which were the basis of industrialization in the 20th century. First the "Terzett" (Trio) was created which consists of three punched cards with these irreversible sentences: 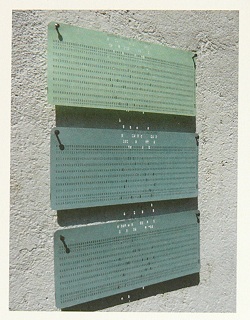 ANOTHER WORLD IS POSSIBLE
IMPOSSIBLE IS NOTHING
IMAGINE ALL THE PEOPLE 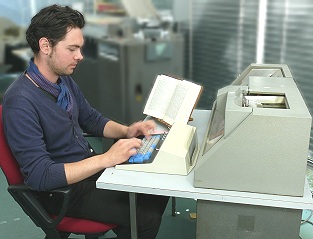 These cards were hanged on a wall at a distance of 1-2 cm. During the day sun rays create shadows of the punched and coded text on the wall behind the cards. This work of art was awarded a price at the 32th grafics competition in Austria (Innsbruck, 2011). This in turn motivated Mr. Schwarzer to continue his work with punched cards. He spent several days at the technikum29 punching excerpts from Marx' "Capital" thereby creating a pile of several hundred cards. These were shown in the exhibition "A Symbol of Freedom" in Piacenza (Italy). Punched cards transform contemporary slogans into visual paradoxes when they create their unique shadows. 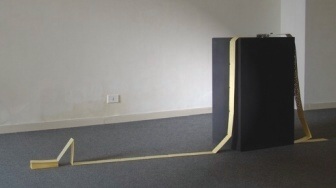 Another work, "Fetish Character of commodities", concatenates the cards containing Marx' text fragments. This string of cards is then pulled through a mechanism like a musical clock that generates sounds controlled by the holes in the cards. So, finally, the "Capital" is transformed into atmospheric sounds.