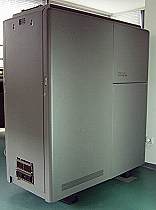 The BULL GAMMA 3 was build since 1952. At these days, such devices were called "electronically calculating device" (original translation from the BULL maintenance manual), "electron computer" or actually "electron mastermind".
The device could be connected to several punchcard devices, for example the Tabulating Machine BS, to the card copier PRD or to the ULP puncher.

The former director of the BULL company, Pierre Letort, described in the magazine "Arts et Manufactures", No. 22, dated June 1953, the operation of the GAMMA 3: 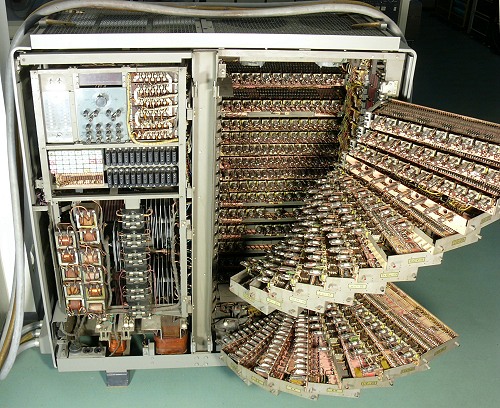 The modules could be folded out, hence the calculator is quite service friendly. Two big fans circulate fresh air thorught the case.
When this calculator is connected to our BULL Tabulating Machine, all the information from the papertape reader brushes are directly transfered to the GAMMA 3. Thus programs and data can be manipulated directly by the GAMMA 3. The output is transfered back to the printing unit from the Tabulating Machine.
Our GAMMA 3 installation is fully equipped and features seven delay line memory units with a capacity of 12 decimal digits each. To extend the built-in memory, there were special so-called "storage cabinets" that contained additional 24 storage units, each with a capacity of 12 decimal numbers.
Summing up, the calculator features almost 400 electron tubes. Thyratrons were used to connect this fast calculator to the slow punchcard auxillary devices. A thyratron tube is capable of saving temporary digital states. 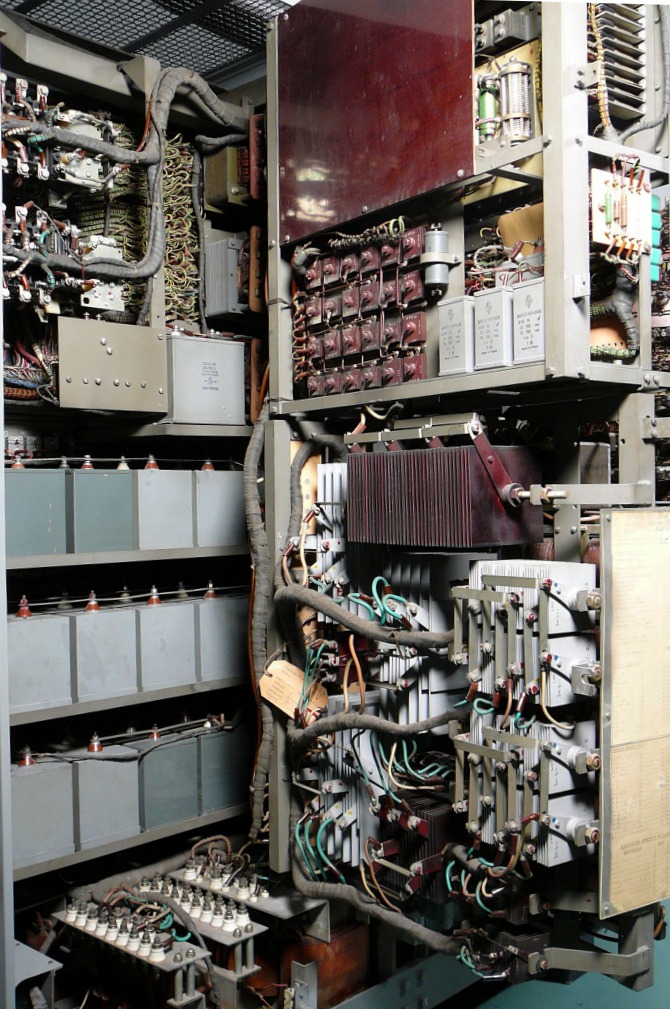 Here you can see a part of the big power supply


This picture displays the monster power supply. 39 fuses keep the electric circuits seperated for additional security. Comparing to this, you can possibly imagine how power supplies of very big tube calculators looked like!
At these days, selenium rectifier were used to convert AC to DC. They are made from stacks of square plated with about 1µm of bismuth or nickel. A much thicker layer of selenium which has been doped with a halogen is deposited on top of the thin metal plating. The selenium is then converted into polycrystalline gray from by annealing. Each plate is able to withstand about 20 volts in the reverse direction. The metal squares, or disks, also serve as heat sinks in addition to providing a mounting place for the selenium disks. Plates can be stacked indefinitely to withstand higher voltages, as you can see in the lower right of the picture. At the left side you see dozens of electrolytic capacitors. 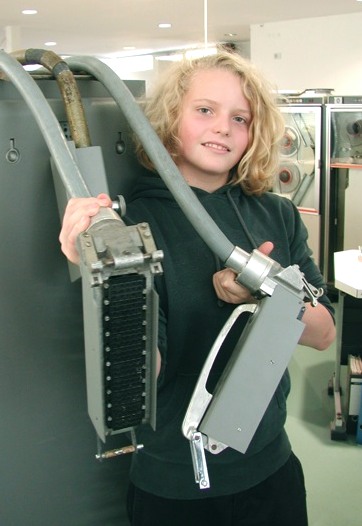