Tabulating machines were widely used when electronic data processing began in the 1950s. These big machines were called "technical marvels": At a glance at the inner life you can see what special art of engeneering was performed at that time. This kind of technology appears odd for today's folks.

The tabulating machine BULL BS-PR was constructed in October 1956, thus it is the oldest piece of EDP in the museum. At these days you could buy it for about 260,000 German marks (about 62,000 US$). Nevertheless even medium-sized businesses (especially banks) had to buy these punch card machines to work economically. 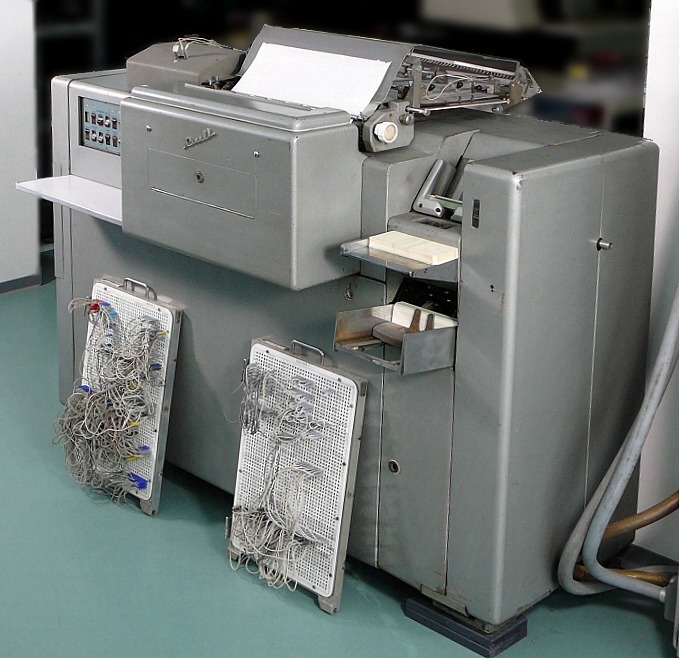 On high quality tabulating machines the patch panel could be replaced to perform very different tasks. By plugging the cables on the programming field cleverly, even some scientifical caluclations could be solved.
For every new program the software engineer had to plug a new programming field. The only data input medium are punch cards. Therefore we own other machines that are also operational to perform card driven EDP, that is, devices for creation, sorting, mixing, etc. the cards. 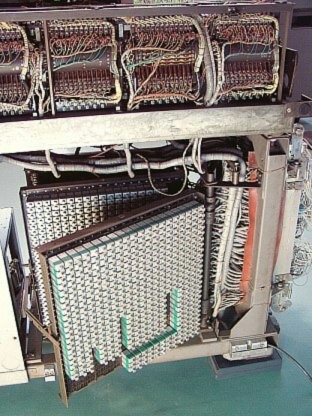 We have digged out programs in order to enable our tabulating machine to calculate bank statements as well as multiplying and dividing. However, advanced arithmetic operations are not implemented in the computer. Anyway it is possible to implement a good deal of operations with lengthy algorithms borrowed from computer science.

And so it came to pass that some BULL engineer asked himself why there was not yet a way to compute square roots on the tabulating machine back then in 1959. Since he was bored, he started to bet against his friends whether he is able to implement the Toepler algorithm on this machine. It turned out it was possible and he won the bet. We came across that program and restored it back to operation. We happily relieved the historical moment having the world's only tabulating machine that can calculate square roots. The algorithm works without any memory. There is a program guide (PDF) in German and French.

We would like to thank the F.E.B. (Federation des Equipes Bull) Deutschland e.V. for their assistance of the restoration of the tabulating machine

The control and memory of the machine is comprised of about 1500 relays.
10 ALUs work in parallel and are driven and synchronized by the large main motor. Every revolution engages about 300 sliding contacts. In the upper part of the picture you can see three ALUs. Only one of the ALUs is broken (that can be easily bypassed by customizing the programs), that is quite astonishing in view of the old age. 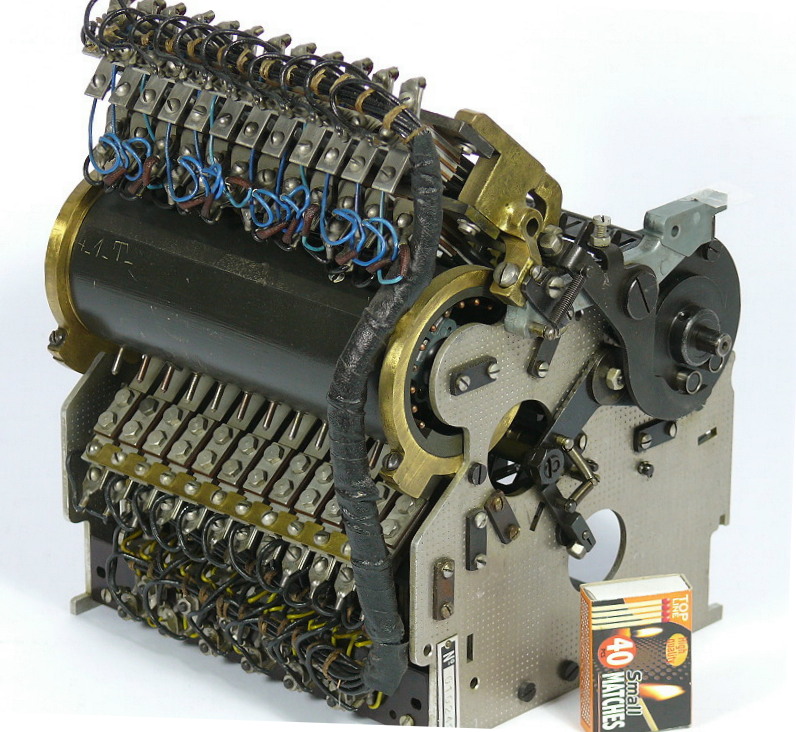 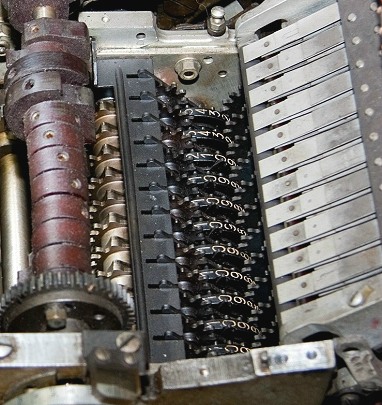 With closed walls it looks like a strange chunk made of metal, but it comprises impressive electromechanical technology. In the front there are two demountable program boards that are mounted at the left side of the device (not visible in the picture). The board on the left contains a program for compiling and printing bank statements, the board on the right contains a simple program for multiplying. Multiplying and dividing mechanically needs lots of time. To shorten this amount of time, the "electronical calculator" BULL GAMMA 3 could be attached. That auxiliary tube calculator was only used for this purpose.

We exposed one of the 10 ALUs for an one-of-a-kind photo. The principle of sprocket wheel machines is visible to the naked eye. All calculation work is performed only by mechanical components and read in electronically by touch-sensitive contacts. You can even read out the current arithmetic register contents: They hold both 144. Carries are also performed purley mechanically. It's hardly imaginable that these machines worked more than 12 hours every day without any serious problems. 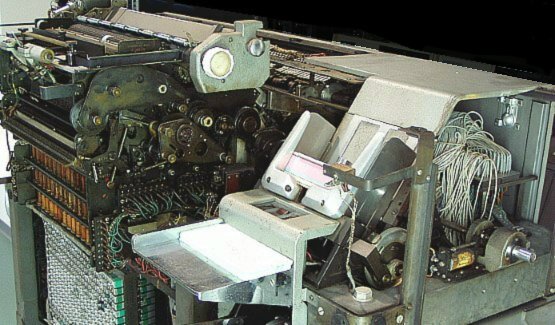 Printing unit of the tabulating machine

This picture partly shows the complicated printing unit – in every step a complete line is printed (like later line printers did). In the foreground you can see the punchcard feeder. Every punchcard is read in two times. At the first scan the machine detects wheter the card is a controller card or a data card whereas at the second scan the machine reads the content from the card. Additionally, the machine is capable of comparing the content of two consecutive cards.