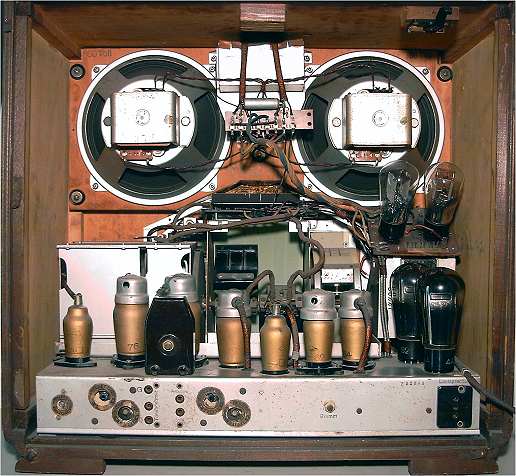 This radio features 9 circles, archieving an hundredfold sensitivity from a radio with only one oscillating circuit, "Alloptik"-scale with light projection, display for sensivity, field intensity and bandwith. At that time such a technical indulgence was unknown. That is why this device was called a "Übersuper" ("more than super"). Right at the bottom in the image two RE 604 tubes are shown, above two commutator tubes RGN 1064. The other tubes are from the A-seria.
The powerinput of 145 watt was remarkable, just like the selling price: An Ultramar costed 640 Reichsmark.

The illustration below shows the elaborate scale where the cursor is implemented by a small light beam.